Paris Syndrome – the silliest of syndromes

I would like to get your attention for something a little bit more serious: the Paris Syndrome. Every year more than a dozen people, mostly from Asian descent, get hospitalized because of this illness caused by an over-romanticized view of Paris and all things French. This article’s purpose is to help recognize the symptoms and to provide guidance in taking affirmative action if you, god forbid, have caught it. Also, it’s kind of funny.

Phase 1 An over-romanticized view of Paris

Ever been to Paris? I haven’t. All I know from what the media tells me is that it’s the most romantic place on earth: it’s the city of love. The Eiffel-tower, the Louvre, the little cafes with accordion playing Frenchmen singing “Aux Champs Elysées!”; what a wonderful place it must be..

Have you never been to Paris and is the previous paragraph in line with your view of the city? Be warned, for it is the first recognizable symptom. 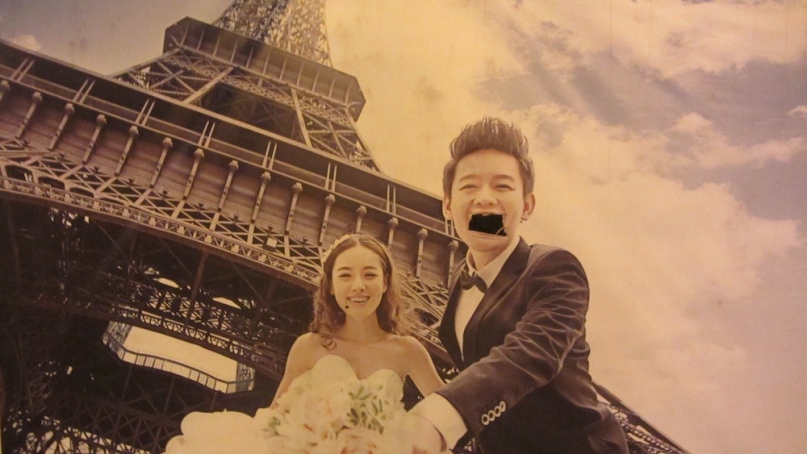 Getting married under the Eiffel Tower, it doesn’t get more cliché than this. The groom is clearly excited. (Shenzhen, China)

Phase 2 Considering everything French to be “cool”

You can say French is a sensual language, and I agree. It can even be considered cool, with its “mec” (dude), “le kif-kif” (the hash) and “toubbib” (doc, as in “what’s up, doc?”). Actually, many things French are so cool! I love eating baguettes, croissants & macarons, sipping café au lait and wearing French ‘haute couture’. I want to roam the banks of the Seine river and climb the Arc de Triomphe and, and, and.. Woooh, hold your horses! You are rambling, a typical second symptom of the Paris syndrome. Not all things French are cool, everybody knows that. 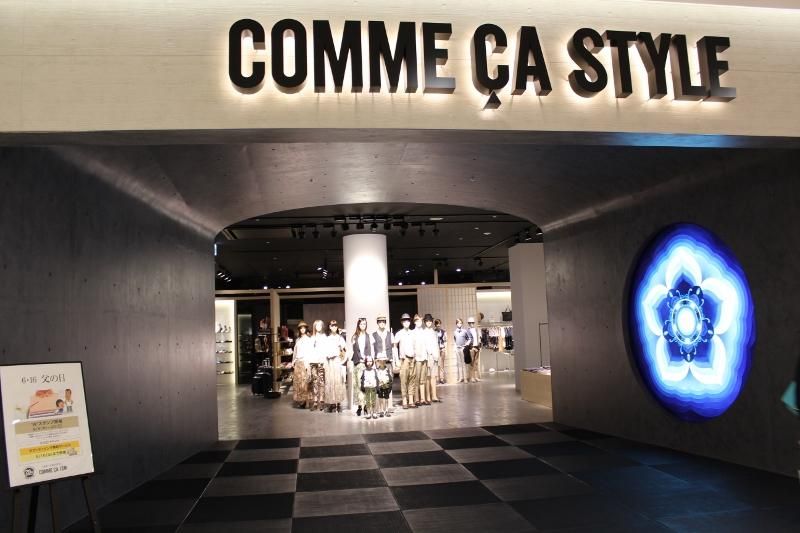 French fashion = cool according to this store (Tokyo, Japan)

You know when you are suffering from the syndrome when France is just too far for all things French: you NEED Paris in your life, and preferably in your backyard. A classic example is Tokyo. Not only is Paris (and France for that matter) considered the coolest thing ever in this city; they have even created some France-inspired structures in the city. Take the old TV-tower, which is close to being a replica of the Eiffel tower (only this one is red). The fashionable Harajuku area is full of France-inspired advertisements, boutiques like “Comme ça style” and you can find a café chain called “Paris Baguette Café” scattered all over the city. It seems that Japan has caught the Paris syndrome. 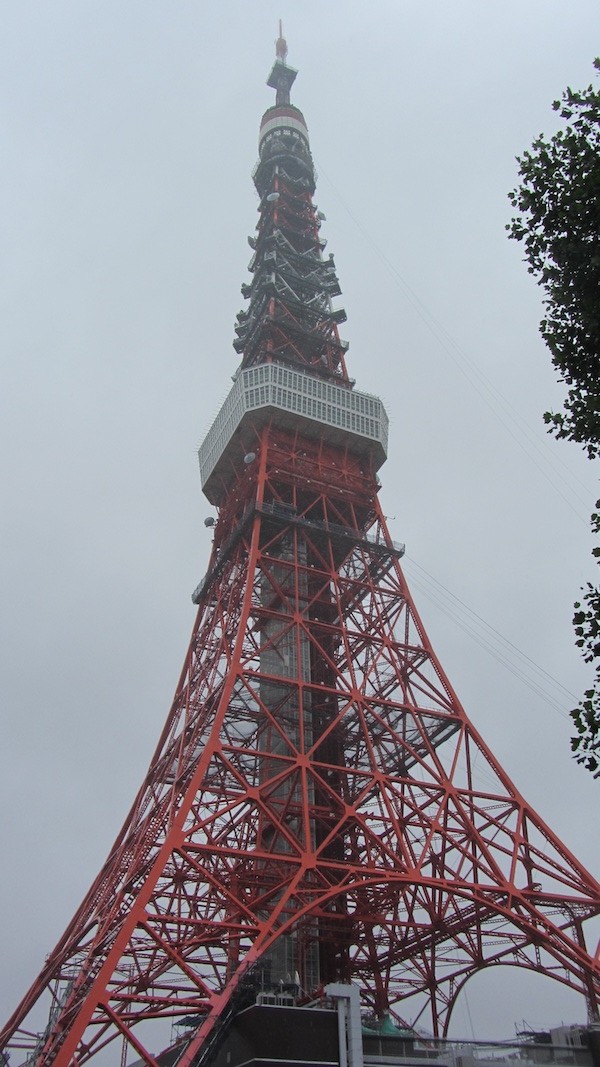 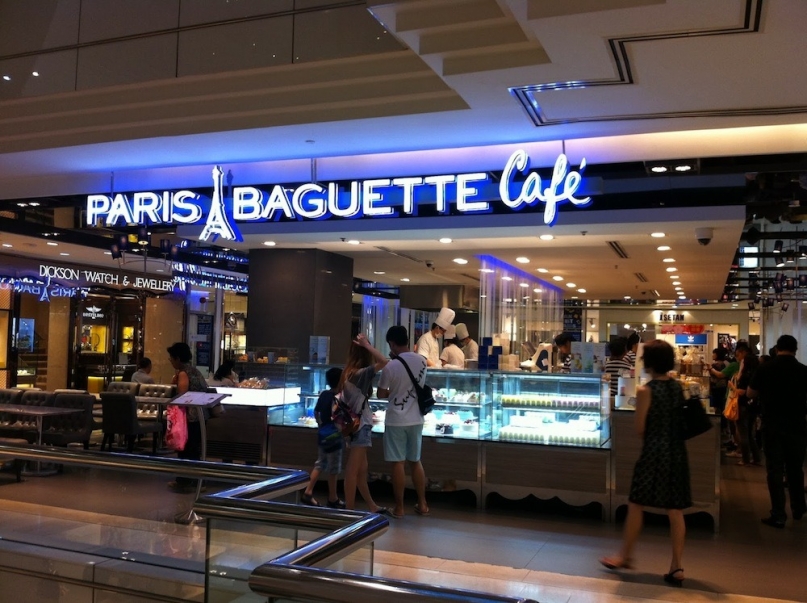 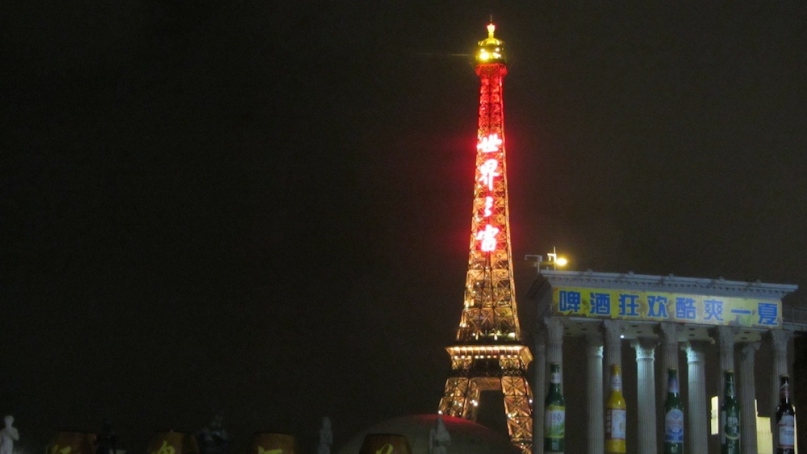 There are a couple of Eiffel Tower replicas in Asia, particularly in China and Japan. (Window of the World amusement park, Shenzhen, China) 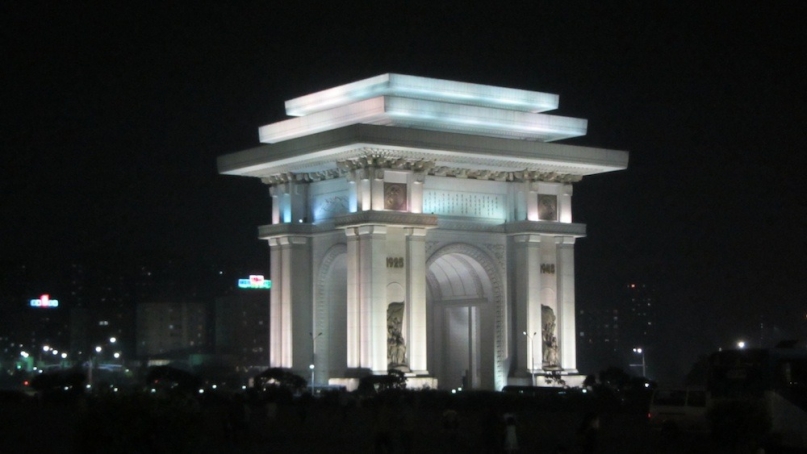 Even North Korea copies the French. This is an almost exact replica of the Arc de Triomphe in Pyongyang. Only it’s bigger, making it the biggest victory arch in the world.

So, you’re at the stage where Paris is an important and undeniable aspect of your life. It tops your bucket list and you simply cannot wait to visit it. You decide to keep it a guilty sin, something that will make your life complete when you retire. After 50+ years of hard work it’s finally time. You strap on your fannypack and clean your do-it-all Nikon once again. You can hardly contain your excitement on the tiring long-haul flight and your expectations rise through the roof.

You wake up when the airplane is slowly taxiing to it’s arrival gate. PARIS!! You try your best French at the passport control: “Bonjour Monsieur!”. “Ghrmp”, the officer answers. Later, in the streets, you ask the way to the Louvre in the most polite way you know. “Move, putain, you are in the way”, is the response. Finally, you have found the crème de la crème: the Eiffel tower. It’s there, right in front of you, in all of its majestic grandeur. 7 minutes and 264 (solo and group) pictures later you get bored with this piece of metal, and want to poke it with stick. “Hey tower, do something cool”. The queue for going up to the top of the tower stretches far and wide, which make you start feeling hints of derealisation and anxiety. Is this all that I’ve waited for?

The Louvre doesn’t match your initial perception of Paris either. In fact, it only makes it worse. “Why is the Mona Lisa so tiny?”. The dreamland that was Paris is turning into a living nightmare, and after getting robbed while enjoying your croissant you can’t handle it any more: “Home, I want home!”. You faint, only to wake up in a hospital with French speaking doctors around your bed. The diagnosis: “Le syndrome de Paris”. You spend the rest of the day in the hospital and decide to book a flight back home the day after. You return disillusioned but back in your comfort zone: nothing beats home. 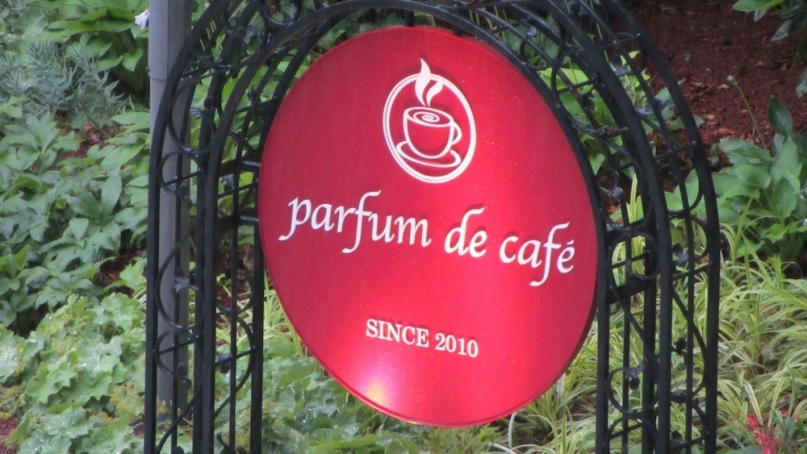 As with many other subjects, online and offline magazines and advertisements have the tendency to over-romanticize touristic destinations; the grass seems to be ever so green anywhere else but home. Paris is no exception. Ask people that have actually been there for their experience; most will tell you that it is, in fact, quite overrated.

Travel without expectations, it makes everywhere you go so much better. Of course, the Paris syndrome is an extreme example, but I see many tourists (and even some travelers) that simply expect too much from a city or country, and therefore always get disappointed.

Don’t always book a hotel, but try a local bed & breakfast, Couchsurfing or the upcoming concept AirBnB, where you can rent a room (or an entire apartment or house) from a local, usually for a good price. This way you’ll be much closer to the local people and the culture, which enhances your experience (or in any case, makes it more realistic).

For more information about The Paris Syndrome, and for proof that I’m not just making this up, visit the Wikipedia page.

The Paris Syndrome is a real disorder and is characterized by a number of psychiatric symptoms such as acute delusional states, hallucinations, feelings of persecution (perceptions of being a victim of prejudice, aggression, or hostility from others), derealization, depersonalization, anxiety, and also psychosomatic manifestations such as dizziness, tachycardia, sweating.

Visit the local doctor if you are currently visiting Paris and have any of these symptoms.

How to fit your hiking gear in a...

Why going on a holiday and going traveling...

Funny! I think you’re on point on that. Some tourists just don’t get all the media hype around Paris after seeing it. Sometimes ever parisians don’t!