The terms “hidden treasure” and “hidden gem” have been overused for cool cafés or restaurants tucked into an alley of an alley of a metropolitan city. Not many people know that there are actual treasures hidden all around us, often within a kilometer from your home or accommodation abroad. It’s called Geocaching and it isn’t the newest hype. In fact, Geocaching has been around for almost 15 years and there are millions of people hiding or finding so called caches.

“Geocaching is a real-world treasure hunt which happens right now, all around you”, reads the website’s front page. The concept is simple. Anybody can hide a “cache”, which is a container of any kind (film container, tupperware box ranging from nano-size to actual treasure chest size). Other will have to find this cache through the GPS coordinates provided and the additional hint. If you’ve found a cache, a logbook and sometimes a pen or pencil is provided to write your name for proof. Sometimes you might find other items inside too, but these are usually for kids (little toys, stickers etc.). 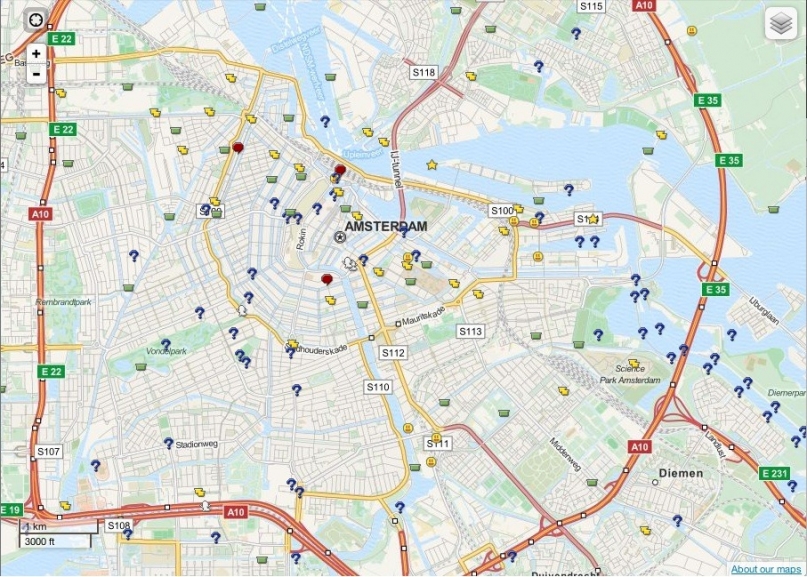 My experience with Geocaching

I have been playing this game occasionally for almost 5 years now and I have found 66 caches in 11 different countries and hid 4 myself. For me, Geocaching is the ideal way to discover the alternative side of a city when traveling solo, or rediscovering your own city when boredom strikes. The Geocaches have a profile which explain why they have been put at a particular spot. Some are hidden in plain sight on a busy spot, so it’s your job to pick it up without being seen. Some are hidden in spots which you wouldn’t normally even notice, such as next to a statue or in a hidden part of a park.

The places where these containers are hidden can be exciting too; I’ve found Geocaches inside tree trunks, metal screws, under bricks and even in a locked box underneath a rock-shaped garden lamp (below). There are literally millions of Geocaches all around the world and millions of people playing the game. Yet it has a certain secrecy to it, almost like a private club (but without the added fanciness).

If you’re already on Geocaching, you can add me as a friend using my username: victorious_e. Geocaching can be environmentally friendly too. There are events such as “Cache in Trash out” where geocachers hunt for caches together and pick up trash along the way. 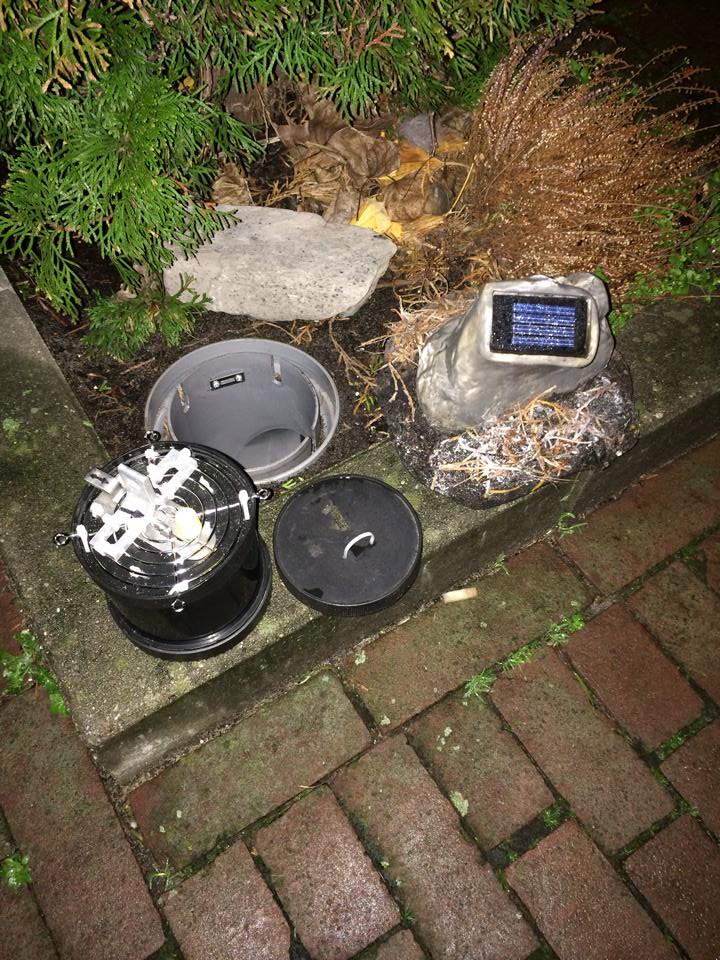 Geocache underneath a garden lamp

Hiding geocaches is cool too. Both of my caches have been found more than 100 times, and almost every cacher leaves a nice note explaining how he/she experienced the hunt for the cache, mostly followed by a little TFTC (Thanks For The Cache). Occasionally the logbook is full and a user will write you a note, after which you will have to replace it.

Double the fun with Tracking bugs and Geocoins

To make it even more fun, there are a couple of additional items which can be tracked. Examples are Tracking bugs or Geocoins, which can be bought from partnering stores around the world and have a unique code which is linked to a profile on the site. Geocoins are similar to tracking bugs, but come in the shape of a beautifully designed coin. Each item has a mission which has been determined by the owner. Some of these missions have a link to the toy attached to the tracking bug or coin. When you find a tracking item in a cache you can help it reach it’s goal by placing it into another cache. The blue elephant I picked up for instance (below) wanted to be “closer to the wilderness”, so whenever I will find myself in an area with lots of vegetation or in a jungle (when I’m abroad) I will look for caches to put it in. 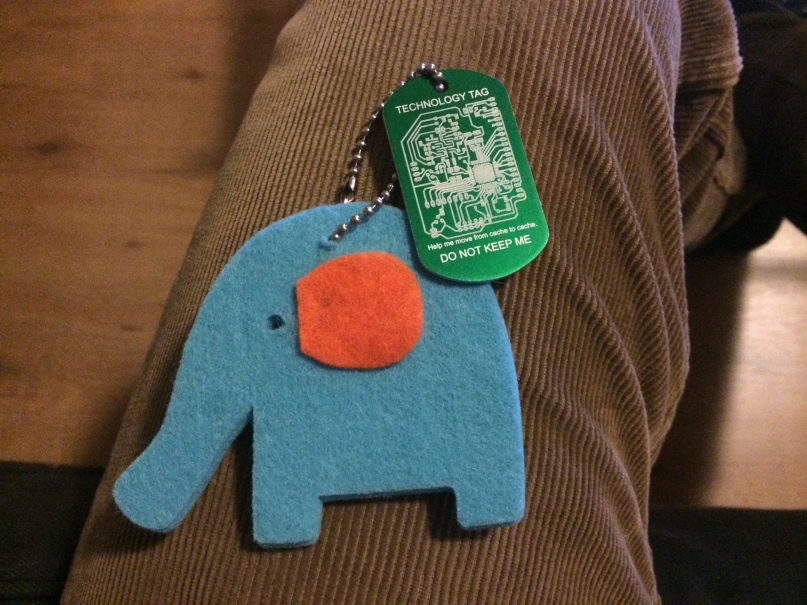 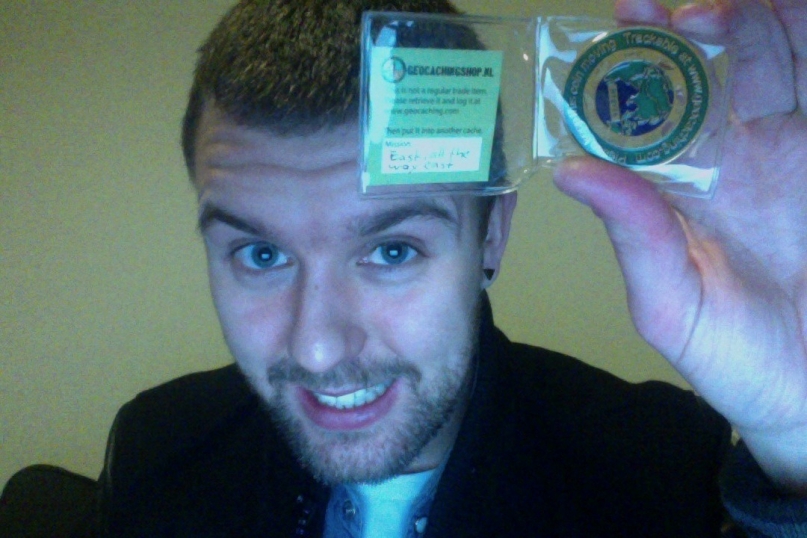 The “world travel” Geocoin I bought

I currently don’t have any Geocaches myself.

I’ve hidden two geocaches myself which I couldn’t submit to the website officially. One of them got refused because it was too far from my home and I couldn’t therefore do any maintenance if needed (such as changing the log book when it’s full), and the other one because it’s located inside a department store without approval from it’s owner, Kim Jong-un. Both got refused after I’ve placed them and moved on, so they should still be in the same spot.

This pink structure is built in the typical colonial style that characterized parts of South America. It operates as the town council and holds occasional exhibitions that have to do with the national history.

Small size tupperware container with pen and log book inside 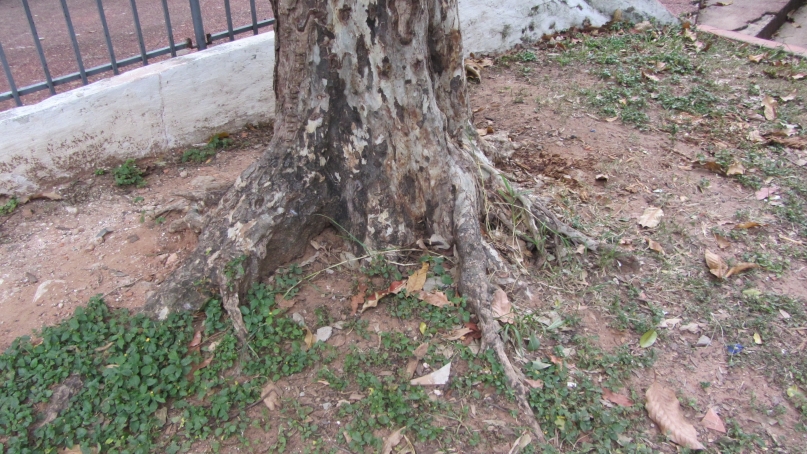 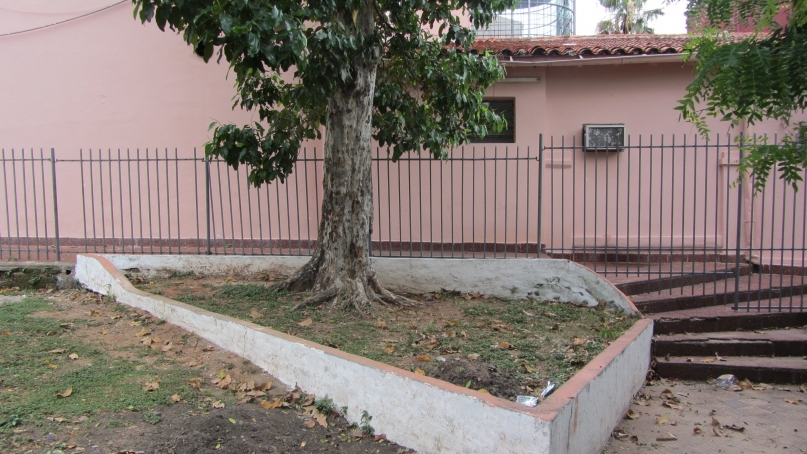 Ready to find Geocaches yourself?

If this article made you enthusiastic about finding caches yourself, sign up on Geocaching.com. Or, if you would like a quick review of all the features in one place, check out this PDF file.

How to fit your hiking gear in a...

Why going on a holiday and going traveling...

Why…. the….. risk??? It is some sort of ‘shoot on sight’ crime to retrieve some tupperware from a toilet in North Korea? I don’t get it.

This is an incredibly risky thing to do, and I would advise ANYONE reading this to NOT do it.