It was time for something new and the timing was right. My housemate was moving out of the house I rented in Amsterdam, so I had some time to reconsider the place that I called home.

Sure, it was nice and big, but I never really felt the need to decorate the place, making it a cold concrete-wrapped “man-cave”. The amount I paid for rent and services wasn’t reflecting the flexible lifestyle I cherish so much either. Now that I wasn’t working at a bank any more and my income was considerably lower, it was time for change.

Finding a house in Amsterdam

Aah, the Amsterdam housing market, how I did not miss you.. There are options aplenty for people with fixed contracts, but for entrepreneurs and students finding a house is all about who you know. Subletting, shady landlords, squatting and anti-squatting organizations, to name a few, rule the starter market.

When it comes to finding a (relatively) cheap apartment in Amsterdam Facebook is your friend, and your Facebook friends are your leads. Techniques vary from tagging all your friends in a “cry for help” type post to changing your last name to “is looking for a room in Amsterdam”.

Time gaps are your friends

Posting a funny-ish picture on Facebook accompanied by a 2 paragraph outline of what I was looking worked like a charm for me (without even tagging any friends), and about a month after I started actively looking I found a place to stay. The only catch: it was March at the time and I could move in from June, leaving me with a 2 month gap. “Yaay!”, I thought while looking at my bucket list in order to plan a short-term adventure.

A day or so later something interesting popped up on my timeline: my friend Magnus Danielson was looking for tenants to live in his 12-bedroom house in Stockholm (which he designed / project managed / help build himself).

Now a bit of background on Magnus: We first met in 2009 in Malaysia, where we were hosted by the same couchsurfer in a place called “monkey village”. We seemed to have the same ideas about traveling and life in general and we decided to travel together for a month. 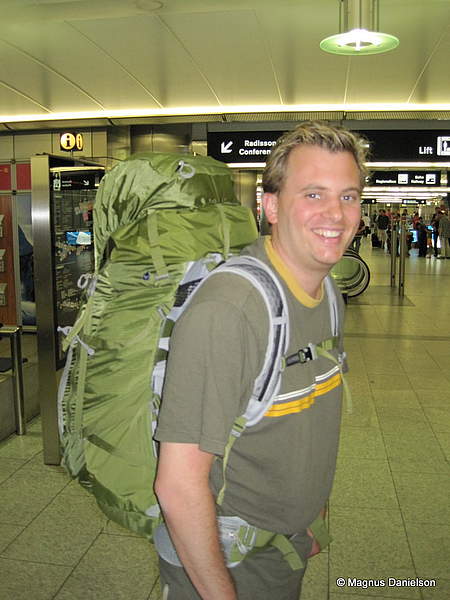 The foundation of Collective Sunshine

Fast-forward to 2013 where I decide to visit Magnus in Stockholm, where he had already started building “Collective Sunshine”. He excitingly gives me a tour through the soon-to-be revamped kitchen, living room and basement, and with a little imagination it was clear that it would turn into something impressive. The words ‘movie room’, ‘sauna’ and ‘kitchen island’ helped shape my expectations.

We forward time again and end up in March 2014, with Magnus looking for tenants. After a day of ‘feasibility study’ I decide that this would be a great opportunity to test the so-admired remote working lifestyle I want to embody. I was a freelance website developer for mainly Dutch clients at the time, and I wanted to see if I could take this job oversees. I find someone to look after my house while I’ll be away relatively quickly (again: Facebook is your friend) and 3 weeks later I move in. My expectations have been surpassed, the house is an amazing piece of work. An international crowd greets me when I enter the premises. 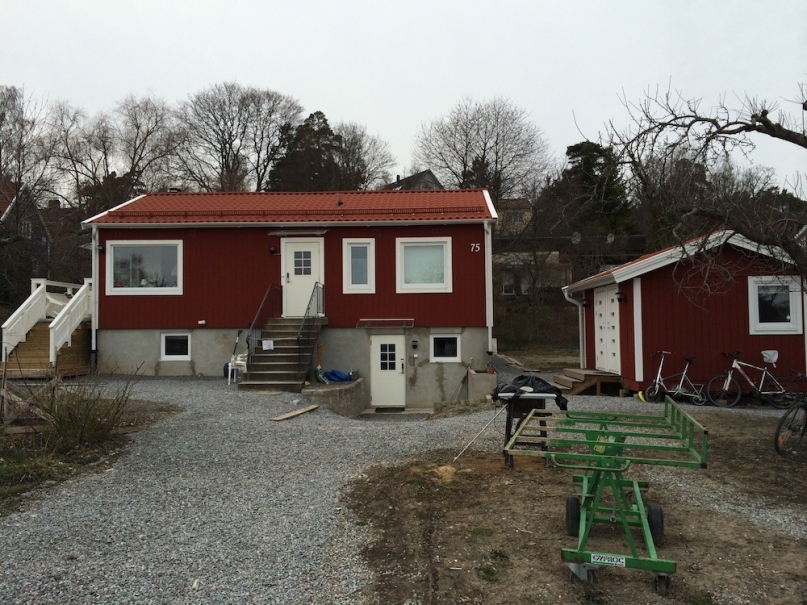 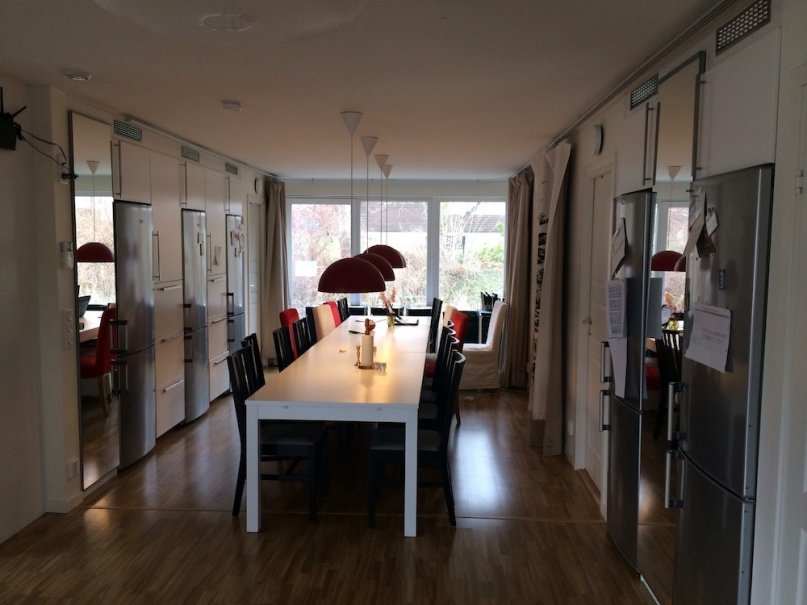 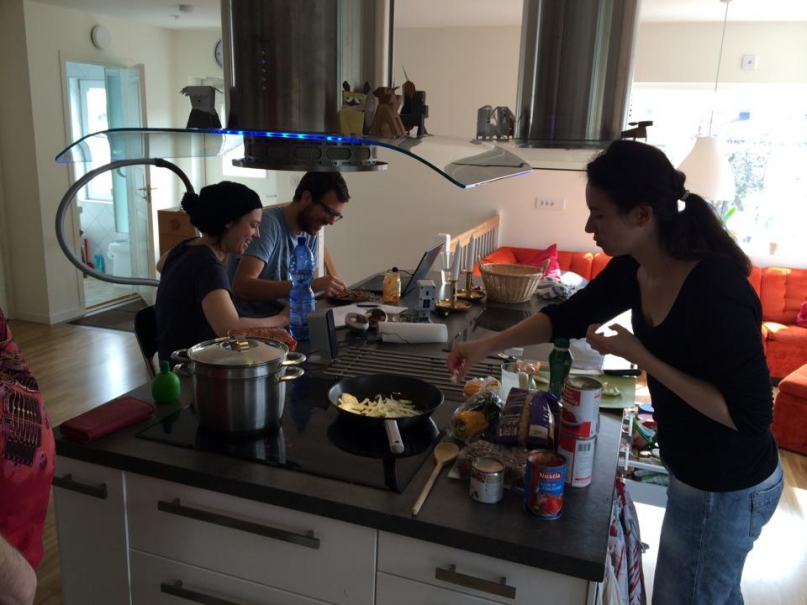 The kitchen, with some of the tenants (and Barbara the couchsurfer) 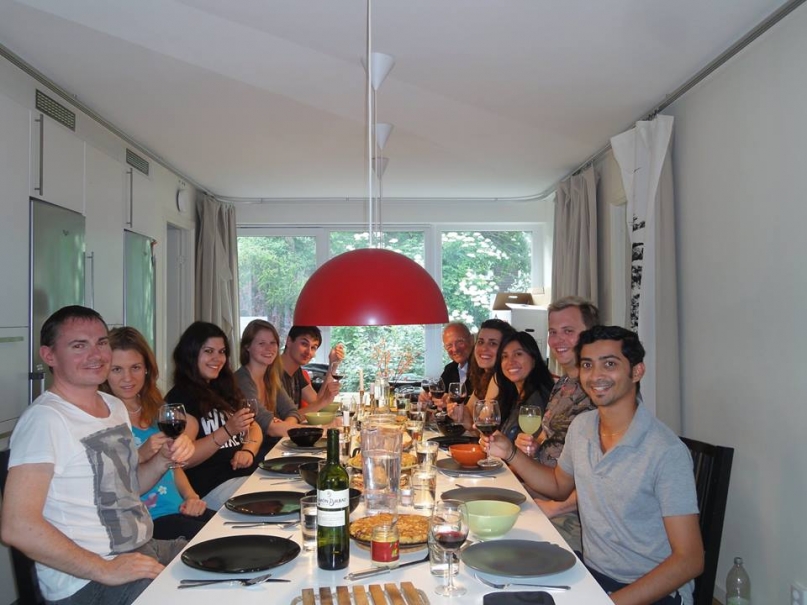 Interview with the founder

Soon after moving in I find out that there are some interesting systems in place to make sure the routine chores (cleaning, taking out trash etc.) are done in a fair way. This is where I’ll pass the editorial mic to landlord Magnus:

What is, in one sentence, your idea behind Collective Sunshine?

Oh, there are several ideas: one is to create a place where people that just arrived in Stockholm are able to gain friends and a social network; a place to feel at home in. From my personal interest it is also a place to store the junk I can’t fit in my backpack when I travel and the feeling that I will always have a place where I will get a big hug whenever I drop by.

Which event or life experience inspired you to start Collective Sunshine?

The idea started during a trip I did in 2009, quite early on I stayed with a guy in Amsterdam who supported himself by renting out rooms in a rundown building. He had been doing this for more than 10 years and basically never worked a day in his life; he was quite the hippie type. Then I stayed with the Couchsurfing Collective in Istanbul during fall of 2009 where I met a bunch of amazing Couchsurfers and realized that shared housing can be so much more than just a bed to sleep in. After this I stayed in several communities during my travels. One I especially remember was the Monkey Village in Kuala Lumpur (which is also where I got to know Victor). It was set up by a girl on Couchsurfing who simply opened her door to lots of long term travelers. It had a very relaxed atmosphere and I realized that these were the type of people I wanted in my future home. This inspired me to make Collective Sunshine become a house for Couchsurfers who want to live with friends and become close, almost like a family 🙂 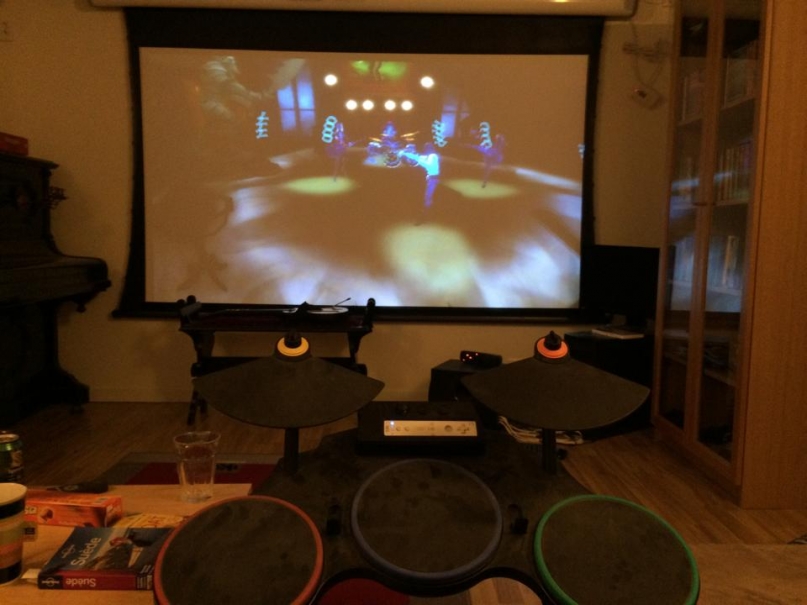 The movie / game room, with beamer and wall-filling projector screen

Six months after the house has been (more or less) finished, has your vision on the collective changed?

Haha! I think you wrote that question before you saw the caterpillars in the garden. I would say that the house is not quite ready yet; we are currently changing the pavement going to the house and planting grass in the garden. But ehm okay, well… one thing I have learnt living with 12 people is that it requires a totally different level of leadership and time spent than a smaller collective does. (I started with a 3 person collective that grew to 4, then 5, then 7, then 12). The people are still the key ingredient to make it work but in such a large group it does become more diverse.

What is your long-term plan with the collective?

The long term plan is to keep this place going forever. My own plans are to stop working for a few years and travel the world. Hopefully the house will be able to survive my “leadership-on-a-distance” experiment 🙂 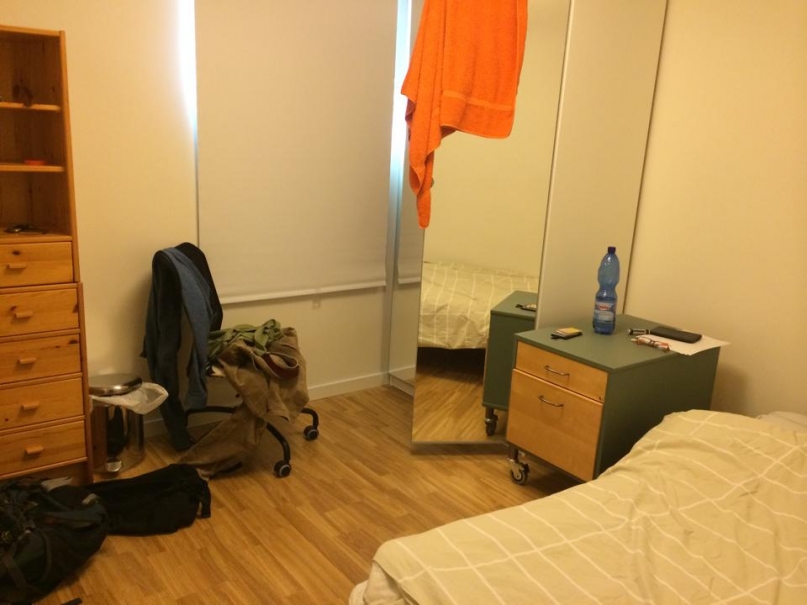 My room (don’t mind the mess)

If you could have changed one thing at the start of the collective with the knowledge you have now, what would that be?

We started full-on renovations of the house after we had already moved in. This was VERY stressful and if I could do it again I would first build the house and then take in people. On the other hand, I would also have missed a lot of amazing people I met over these two years, so this decision actually had a good side to it as well.

The result of my experiment

I’m writing this from my new place in Amsterdam which I was able to move into after my Stockholm experiment. On my flight home, I wrote down a couple of points summarizing my experience and my lessons learnt:

If you’re interested in what’s going on at the house, you can visit their facebook page and the Collective Sunshine website. If you’re on Couchsurfing and want to find out if there is a room free, check the accommodation in Stockholm group. Magnus occasionally writes on his own travel blog. He’s always on the road, so expect to read more about his adventures soon.

As a little bonus for making it to this point in the article, here is a photo gallery of the several stages of the house. 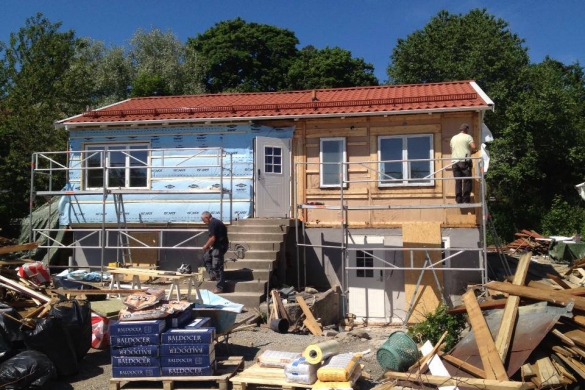 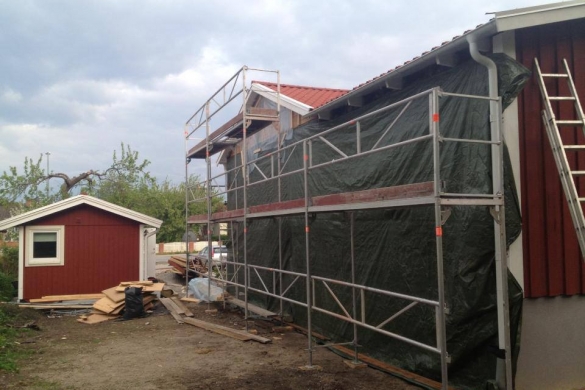 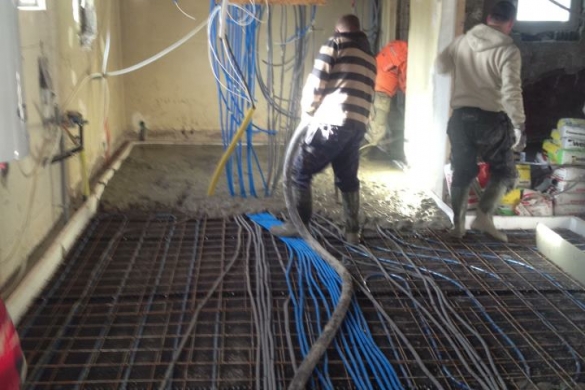 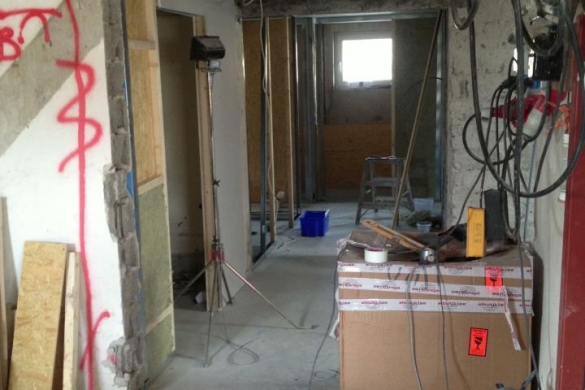 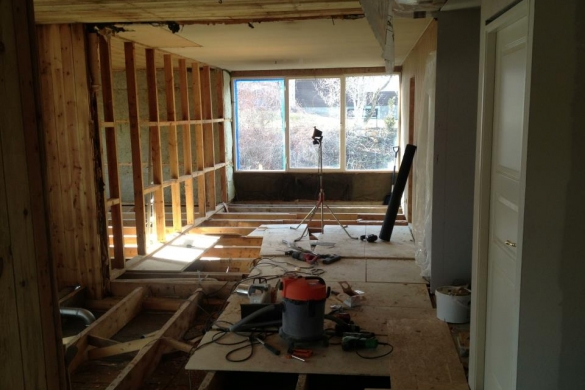 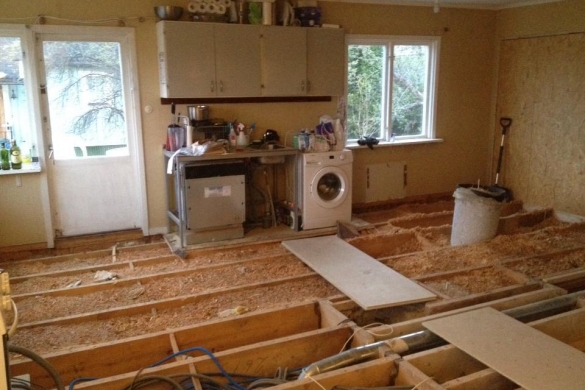 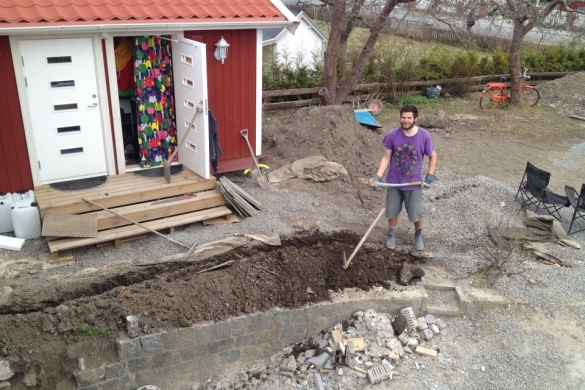 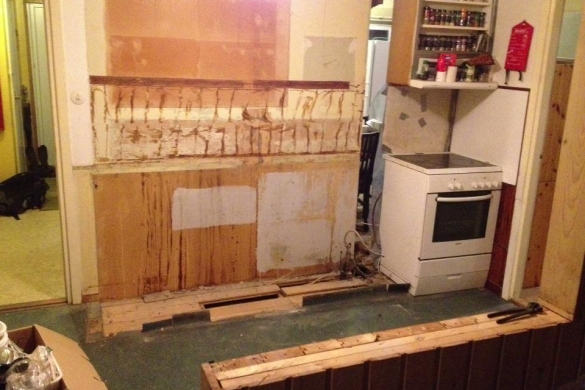 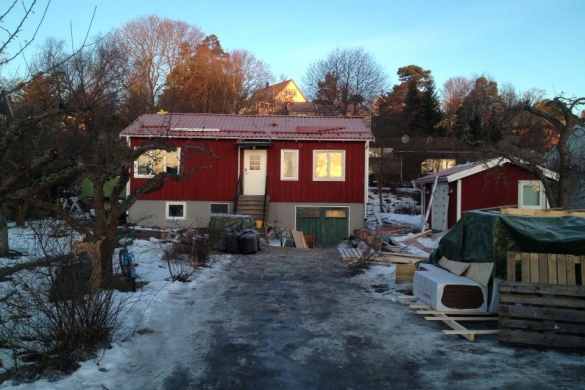 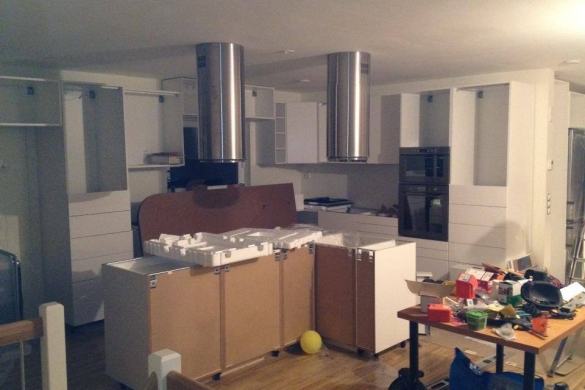 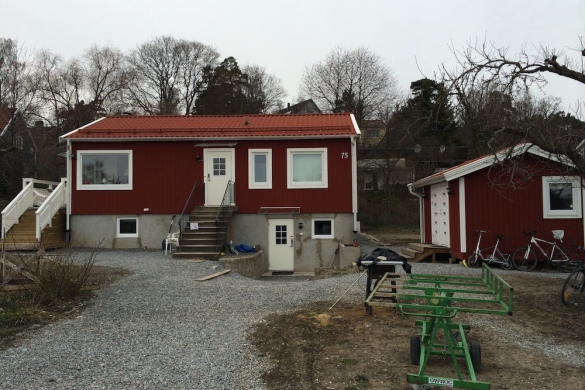 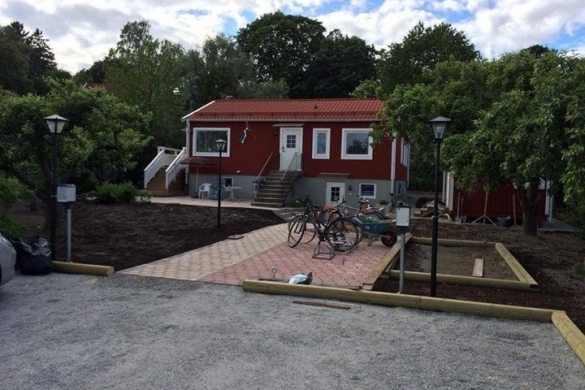 That´s a great idea! Do you know if any similar projects exist around the world?