Home » Should tourism be allowed in Antarctica?
AntarcticaSustainability

The popularity of Antarctica as a tourist destination has dramatically increased since the early 90’s, from only about 1.000 people in 1990 to almost 45.000 people in 2016. More than ever, this raises an important question for all travelers that are thinking of making the crossing to the icy continent: should tourism be allowed in Antarctica?

Tourism in general has grown massively since 1990, and in recent years there has been a trend of visiting remote areas in the world. Add to this the fact that people have more disposable income than they used to and the ease of researching destinations and booking tickets online, and you can imagine the cause of this large increase in Antarctic tourists. 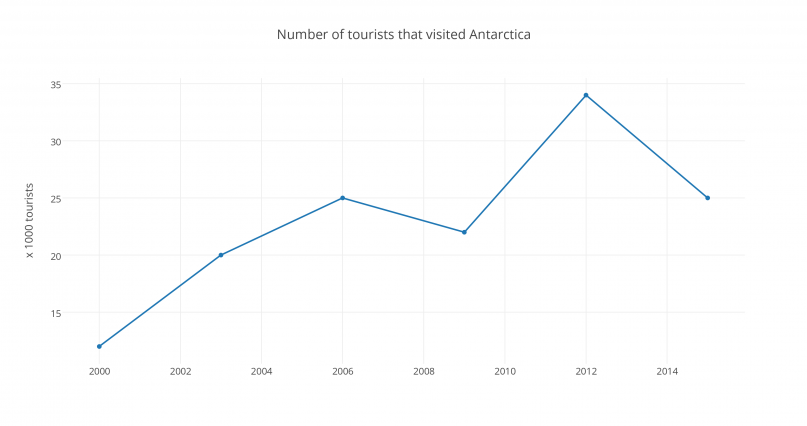 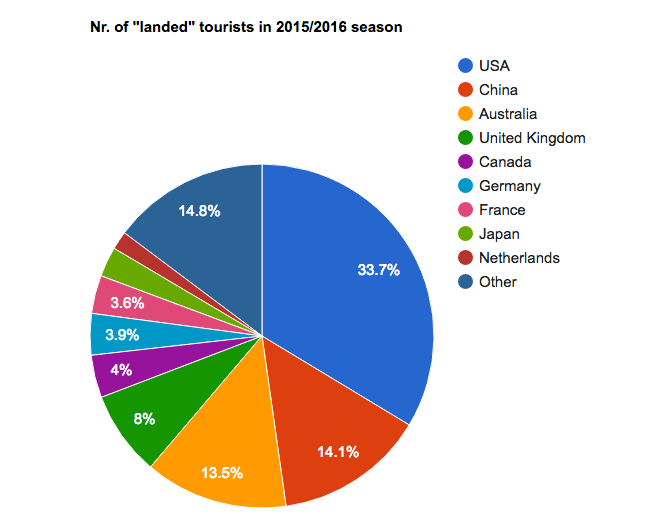 “Landed” means those who set foot on the continent or an island in Antarctica whether they arrived by ship or air, such tourists typically spend 6-30 days in Antarctica. Total number of tourists in 2015 / 2016 season: 39.037

How can you visit Antarctica responsively?

Before I embarked on my own trip in 2011, traveling to Antarctica sounded like a mission impossible that was only reserved for the rich and famous, or scientific researchers and explorers. I learned that this is actually true for 99% of the Antarctican continent, but that it is very much possible to set foot on the outer-worldly landscapes of this continent in the Antarctican peninsula, roughly underneath the southern tip of Argentina. Even without an imminent death by frost. Furthermore, it’s even possible to travel to Antarctica without a lifetime of saving, as long as you stick within the seasons and book your trip last-minute with a company that has a high priority for responsible travel.

It’s good to keep to the visitor guidelines for visiting Antarctica in mind. This list of pointers has been adopted as part of the 2011 Antarctican treaty. Your guides will tell you this over and over again and will make sure that you respect them, but its good to have a quick glance over them before you plan your trip: 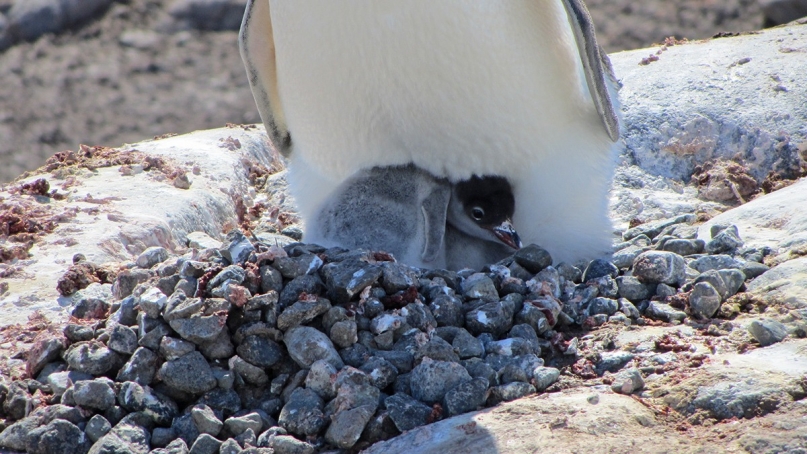 A new-born penguin chick on Antarctica

Of course an increasing number of tourists arriving in Antarctica every year has an increased impact on its environment. A few concerns:

Therefore the 28 countries that are member of the Antarctic Treaty have agreed (only as late as 2009) to limit the number of tourists that may visit Antarctica every year. A few highlights of this agreement:

You can read more about the impacts of tourism in Antarctica and the strategies to reduce this impact.

As we all know, climate change is a real threat to many ecosystems. The Arctic (both north and south) are perhaps the most notable. In only 30 years, 8% of all the ice in these areas has melted, an area larger than Sweden, Norway and Denmark combined. Why you should care? The melting of the Arctic and Antarctic ice will directly affect you and people close to you, as exteme weather conditions will occur more often, making wet area more wet and dry areas even more dry. And don’t forget the increase in likelihood of intense storms and floods.

I interviewed veteran adventurer and committed Arctic-activist Robert Swan about his mission and vision. 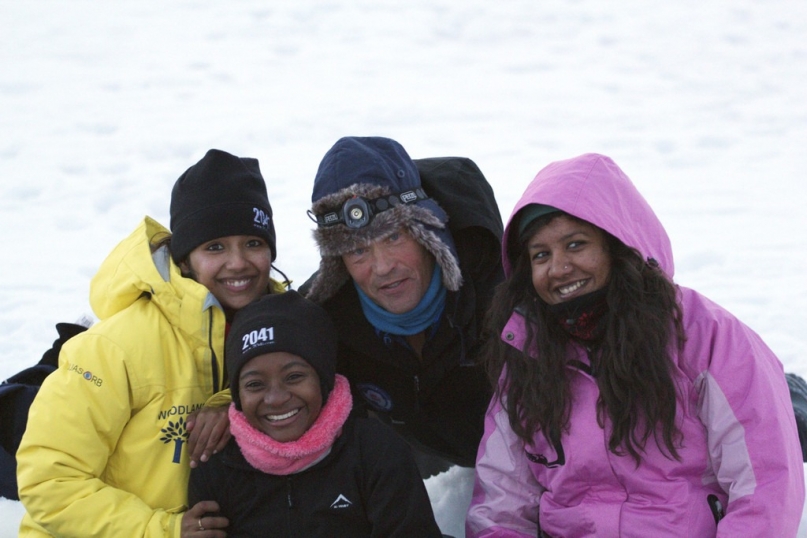 Robert Swan on one of his expeditions. Original photo: 2041 foundation website

When did your passion for the Arctics start?

“I have been visiting the Antarctic in my dreams since I was 11, after seeing the 1948 film “Scott of the Antarctic” starring the great John Mills”, Robert starts. In this movie Mills depics Robert Falcon Scott’s ill-fated attempt to be the first to reach the South Pole in Antarctica.

After this amazing achievement he vowed to help protect this precious natural scenery and habitat of extraordinary wildlife. The mission was given to him by famous filmmaker, explorer and researcher Jacques Cousteau during their meeting in 1991 (“great guy!”, Robert adds). 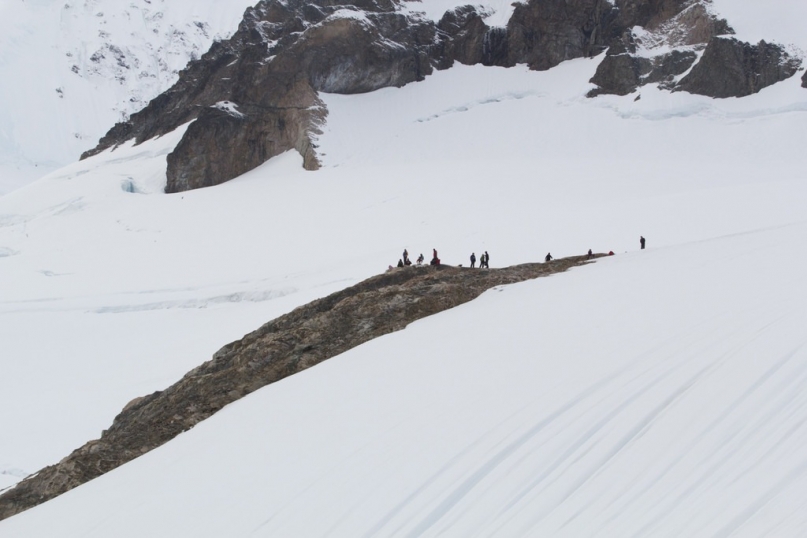 Your cause is called “2041”. Why is this such and important year?

“In the year 2041 the International Treaty that preserves Antarctica as a natural reserve for science and peace can be altered or changed or even done away with. My mission is to influence enough (young) leaders by that time and make them aware of the poignant situation. Over the last 14 years I’ve taken 3000 young leaders from 74 nations to visit the Antarctic themselves.” 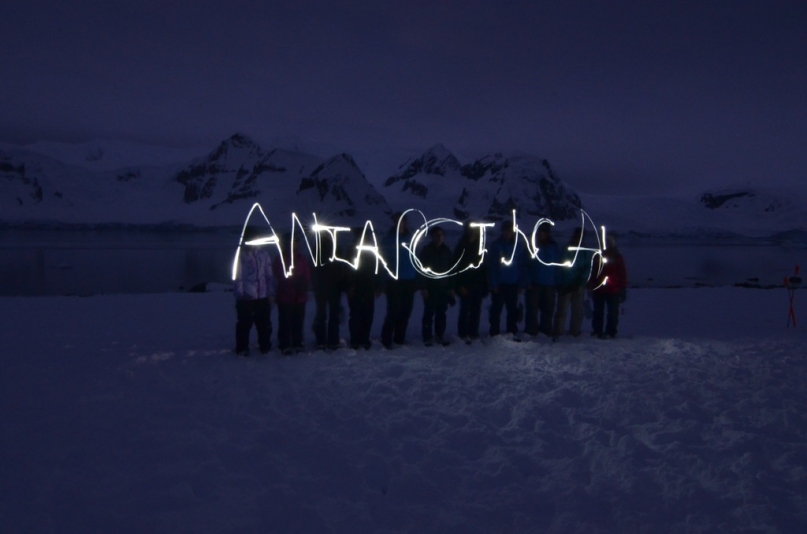 Visiting Antarctica can be hard and very expensive, but I do believe that if one goes with a responsible tour operator, we choose to work with the most excellent Quark Expeditions, it is ok to visit. As long as it inspires you to become an ambassador for preserving the last great wilderness, of course.

How can I join the cause?

Every year Robert and his team organizes a 11-day expedition to Antarctica where, apart from embarking on an unforgettable journey trough the Antarctic peninsula, you will learn about climate change, sustainability and what we can do to protect the last great wilderness on earth from Robert Swan himself. Anybody can apply, but youngsters under 18 will need to bring a parent or guardian.

Learn about the 2018 itinerary and you can pre-apply for the 2018 expedition through the 2041 foundation’s website.

Below you can see a short (18 minutes) film on last year’s expedition.

Mini stories 4: A postcard from the coldest...

How to visit Antarctica by boat or plane...

I know visiting Antartica might be expensive but I really hope to go one day and it’s so inspiring Roberts mission’s, the video and the idea for people to learn about climate change since it’s so important

Hi Zascha!
Yeah I think it’s super important and inspiring too! Have you seen my article on how to get to Antarctica? That might give you some tips for your trip! 🙂
Victor