Home » Antarctica destinations – What to see in Antarctica

Antarctica is the most southern continent and contains the geographical South Pole. The vast land extends for 14.000.000 square kilometers of which 98% is covered in ice. In terms of Antarctica destinations, only a few routes have been made available for tourism; the most popular one through the Drake Passage. This route starts in Ushuaia (Argentina) and is a round-trip visiting a few islands and the mainland of the peninsula in the far north of Antarctica. A typical itinerary includes:

The season to visit this icy continent is between November and March due to the harsh weather conditions. In the winter the temperatures on the Antarctican peninsula drop to -20 degrees Celsius, while in the summer the average temperature is around 1 degrees Celsius. Compared to the rest of the continent (where temperatures drop to -60 Celsius in winter), the peninsula is the most suitable place for tourism.

There are about 1.000 (in winter) to 5.000 (in summer) inhabitants, who almost exclusively work on scientific bases. Antarctica is also great for wildlife spotting, with many types of seals, whales, penguins and sea birds roaming freely. 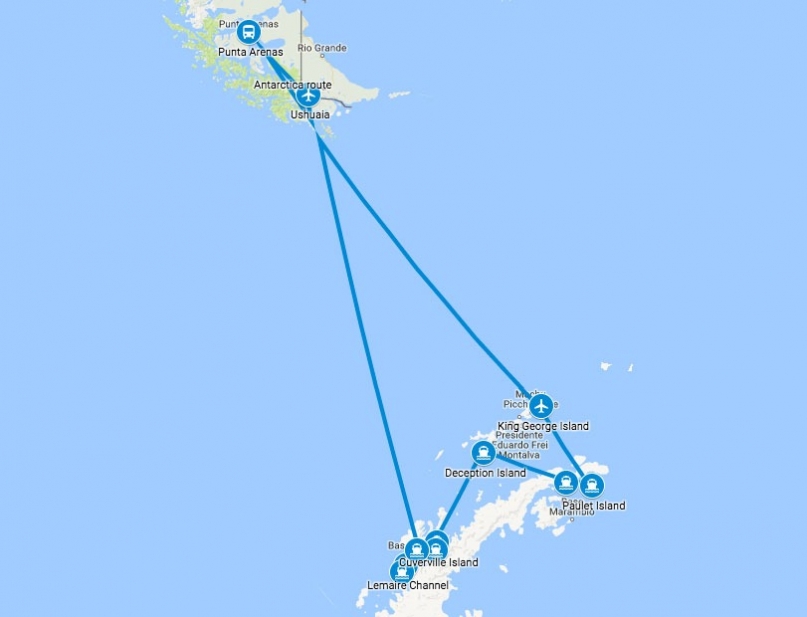